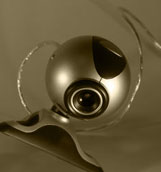 Possession of Child Pornography or Sexual Exploitation of Children makes it illegal for anyone to possess explicit photos of any child UNDER THE AGE OF 18.  A child under the age of 18 cannot consent to allow explicit photo’s to be taken.

What is considered explicit child pornography

What is explicit, that is a question that is normally decided by a jury.  However pictures of breasts, genitals  or any sexual acts have found to be sexually explicit and against the law.  Additionally photos of minors under 18 where they are positioned in a sexual manner might be considered sexually explicit.

What Happens If You’re Charged With Child Pornography

Normally we see this type of crime being charged when an individual engages in collecting or swapping of these sexually explicit photos.  Search warrants are issued for a suspected IP address that has been identified as engaging in the collection or distribution of child pornography.  This search will provide the investigator with a physical address that is raided and all computers seized will then be forensically searched. Even deleted images can be recovered during these searches and used against you.

When your future is on the line contact Christopher T. Braddock at 303-675-0100 or email him at [email protected].

You also see these charges being used to prosecute kids who have engaged in Sexting, i.e.  texting, emailing or electronically sending explicit photos of themselves to their boyfriends or girlfriends.  If the sending party is under the age of 18, the receiving party will be charged.

Additionally, there is no marital privilege against these charges.  For instance, suppose a girl marries at 17.  If she sends or provides explicit photo’s of herself to her husband, her husband could be charged with possession of child pornography.

Promotion of Obscenity to a Minor

Promotion of obscenity can occur when someone sends obscene material to a minor.  For instance when an 18 year old boy sends a sends a nude picture of himself to his underage a girlfriend.  If this picture is deemed to be obscene by a jury, the 18 year old boy will be convicted of this offense and forced to register as a sex offender.

line break between awards and side nav
Side nav header label

side nav 1 – top-level pages
side nav 3 – subpages, no children
Ask for Consultation button